Well, we billed it as Canada’s toughest off-road triathlon, and the weather certainly didn’t disappoint!

Despite driving rain and howling winds on Sunday, 114 brave competitors battled the elements and each other for supremacy at the inaugural PACE Multisport Dodge City X in Cumberland.

They were definitely challenging conditions, but the athletes I talked to had nothing but great things to say about the event and phenomenal things to say about our volunteers. I’ve had at least four athletes specifically tell me that they’ve never seen more enthusiastic volunteers, and I couldn’t agree more. It truly takes a village to raise an awesome race!

The men’s winner in the standard race was local favourite Clay Ward with a time of 2:33:47. Clay, who was

eighth out of the water, showed his prowess on his local trails with the

day’s fastest bike split, fending off Alexander Walker and John Vanderveen of Victoria, who finished second and third respectively. On

the women’s side, Squamish’s speedy Zoe Dawson took top spot with a time of 2:53:05, beating out Cumberland locals Kelsey McCallan and Debbie Wright.

ear,” raved Dawson, who raced as a pro in last year’s World Cross Triathlon Championships. “This was a fantastic race!” 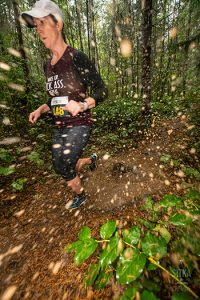 Results aside, all who crossed the finish line on Sunday had every right to chalk it up as a victory. And judging by the smiling (if soaking wet) faces of athletes post-race, everyone felt like a winner.

“What’s a little rain when competing in a race as fun, well organised and challenging as this one?” quipped Arran Arthur, who podiumed in her W40-44 age category. “I loved the energy and enthusiasm of the volunteers along the trails, and the fabulous wood medals from ROAM Media and IslandLaser.ca. I can’t wait for next year!” 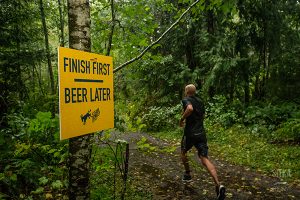 “I had a great first-time off road triathlon experience despite the weather, and that was in large part due to how well the event was organized and the calibre and number of awesome volunteers out there,” added Anna Verspoor, who travelled from the Sunshine Coast for the event. “Thanks to each one them – they made all the difference to an otherwise wet, challenging day!”

While the contributions of our volunteer army were self-evident, PACE Multisport Dodge City X would not have happened without the support of many local businesses, including segment sponsors Trail Bicycles, Fit Chiropractic, Extreme Runners and Thomas Dargie (Investors Group). Others, such as Relay Event Rentals, Architype Millwork, HiTec Brazen and others contributed their time and talent to making the event a success.

PACE Multisport Dodge City X was sanctioned by TriathlonBC and supported financially by VIA Sport and the Province of British Columbia. Full results can be found at www.dodgecityx.ca, and photos will be available there as well in the coming days. 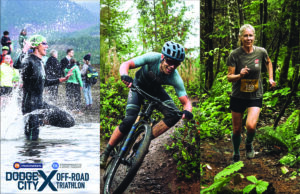 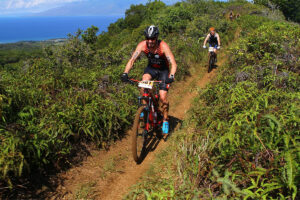